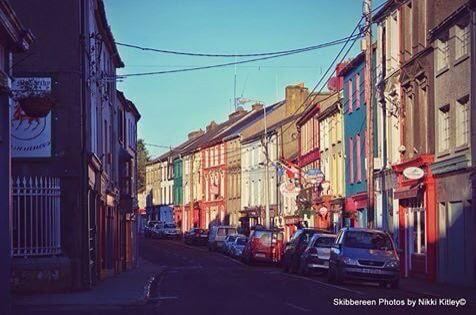 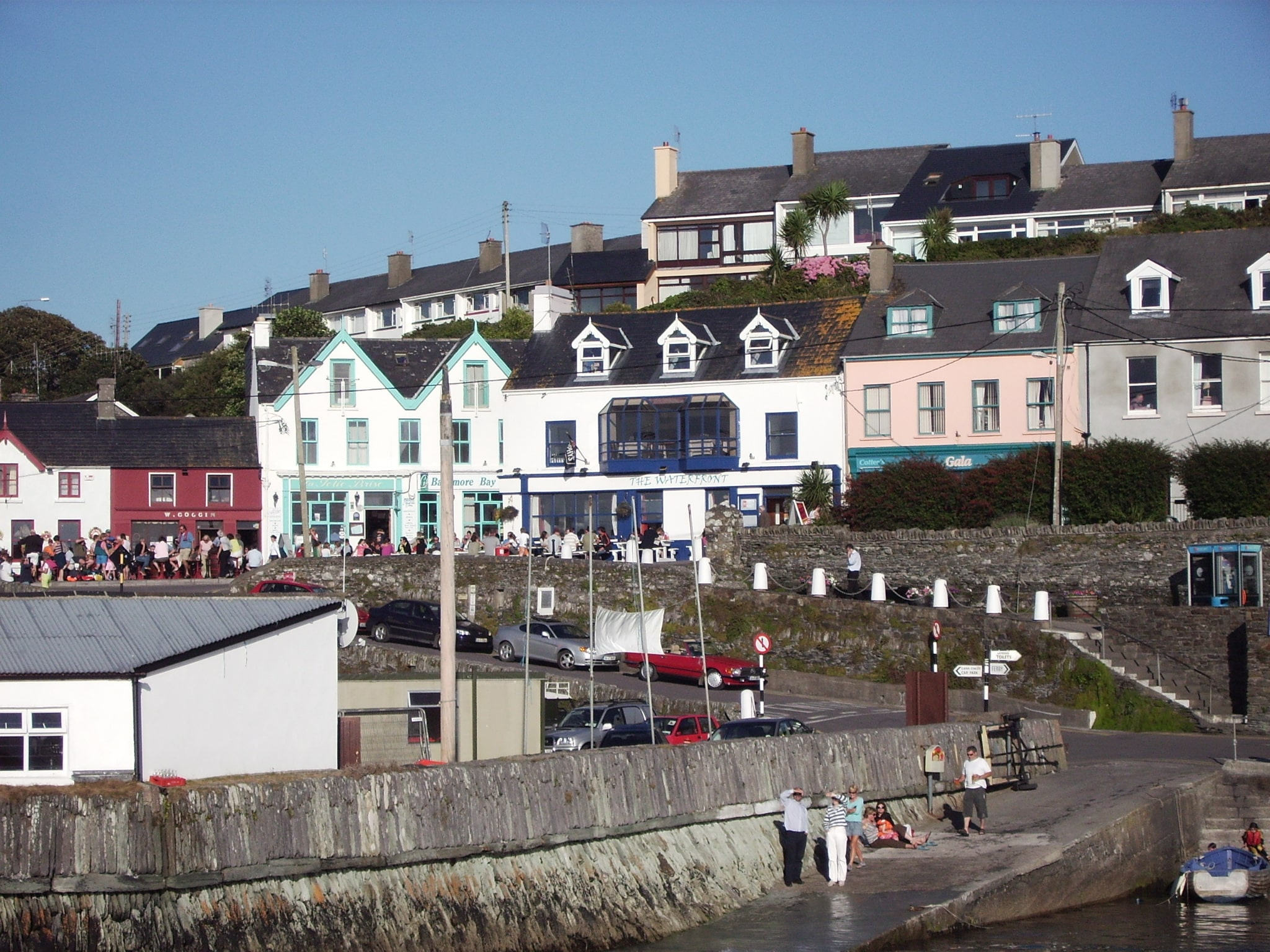 Early in the morning of 20th June 1631, corsairs (raiders) from the Barbary Coast of North Africa landed in Baltimore Harbour and carried off 105 men, women and children from the sleepy village to be sold as slaves. This raid was part of a wider pattern of corsair raiding throughout the Mediterranean and Atlantic seaboard, a pattern which began in earnest following the expulsion of the Moors from Spain. The Sack of Baltimore is the only corsair raid ever to have been recorded to hit Ireland.

The inhabitants of Baltimore were primarily English settlers, who had been given the lease of a fishery by the local Gaelic lord, Sir Fineen O’Driscoll. The village was the centre of a power struggle between members of the O’Driscoll family (exiled to Spain after fighting against the English in the Battle of Kinsale) and local lawyer and moneylender Sir Walter Coppinger. Rumours abounded that the corsair captain who had led the raid, Murat Reis (a renegade Dutch sailor converted to Islam and raiding following his own capture at sea), had been tipped off by one of these men, or that the settlement had been built with the specific intent of serving as somewhat of a den for pirates, whom the area was rife with due to the illicit activities of the O’Driscoll family. It may simply have been Murat Reis’ own idea.

Regardless, very few of the Baltimore captives ever saw home again. Sold in the slave markets of Algiers, at most three of them were ever ransomed and returned home. The rest of the captives likely served as either galley or construction slaves, concubines, or ‘turned Turk’ (converted to Islam and assimilated into Barbary society).

The Total Abstinence Society was founded in Skibbereen in 1817 by Geoffrey Sedwards, a local Quaker. The Society was the first total abstinence society not only in Ireland, but in all of Europe. Sedwards would go on to establish 72 Temperance Halls throughout West Cork. The Society was taken over by Fr Mathew in 1838 at the request of Cork Quaker leaders. Under its charismatic leader, the movement was massively successful, with five million members by the 1840s all over Ireland.

The Skibbereen Temperance Hall on Townshend Street, built in 1832-1833, was the first of its kind in Ireland, and likely also the first in the entire United Kingdom. The Hall was the centre of a thriving local temperance movement, and also hosted a library. It was at the Temperance Hall that Daniel O’Connell was entertained after his 1843 Curragh Hill monster meeting.

While the original hall burned down in 1854, it would be refurbished several times over the years and eventually became the base of the Skibbereen Fire Brigade in 1966. It served this function until 2002 when the brigade moved to a new home at the Marsh Road, and the hall was knocked in 2006 to widen the carpark entrance. Today a plaque (erected in 1970 by the Skibbereen Pioneers) commemorates this significant landmark of local history.

Michael Collins was shot at Béal na Bláth on the 22nd of August 1922, having been caught in an ambush while travelling through the Cork countryside with a small convoy. Earlier that evening, Collins had eaten what was presumably his last supper at the Eldon Hotel in Skibbereen.

Collins had been in Cork for several reasons, as a man with many responsibilities. Charged with investigating theft of state funds from Cork banks by Anti-Treaty republicans, as well as hoping to negotiate with the other side through neutral IRA middlemen Florrie O’Donoghue and Sean Hegarty, Collins had made the ill-advised decision to journey through Cork (a hotbed of Anti-Treaty activity) with only a small convoy. As an Anti-Treaty republican had spotted Collins earlier that day as he travelled through the countryside, all other roads back to Cork were blocked in order to lure the big Fellow into an ambush. Collins died after receiving a severe gunshot wound to the head. 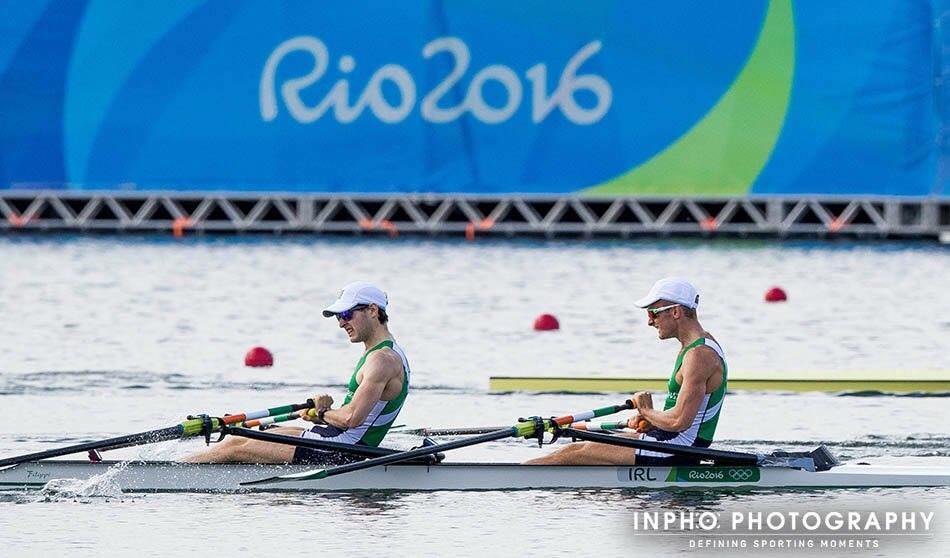 Paul and Gary O’Donovan, members of the Skibbereen Rowing Club, won silver at the Lightweight Men’s Double Sculls in the 2016 Summer Olympics in Rio de Janeiro, claiming Irelamnd’s first ever Olympic medal in rowing, a truly historic occasion. The two Skibbereen natives arrived home to their native town on the 30th of August to massive crowds eager to welcome home the town’s sporting heroes.

The O’Donovan brothers have been rowing since they were seven and nine with the Skibbereen Rowing Club, and are delighted by the publicity their historic win is generating for their sport and home club. Rowing as a sport has strong roots in Skibbereen. Founded in 1970, the Skibbereen Rowing Club is regarded as the best rowing club in Ireland, with 163 Irish National Rowing Championship wins. The O’Donovan brothers have said on several occasions that they hope to inspire the younger generation to take up rowing as a sport.

The O’Donovan brothers were the subject of the film Pull Like A Dog, which aired on RTE One on 27th December 2016.

Get Your Digital Ducks in a Row
We use cookies to ensure that we give you the best experience on our website. If you don't want your cookies collected click No thank you.OkNo thank youRead more
Scroll to top