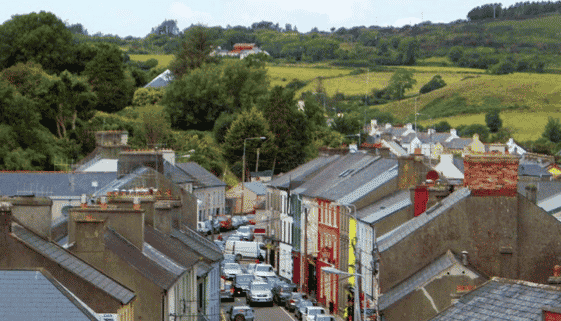 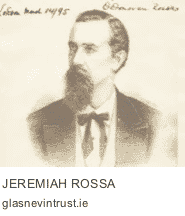 Born in Reenascreena near Rosscarbery in 1831, O’Donovan Rossa moved to Skibbereen shortly after his father’s death during the Great Famine, where he established the separatist Phoenix National and Literary Society (which would later merge with the Irish Republican Brotherhood). O’Donovan Rossa spent much of his life in various prisons for his Fenian activities. In 1871 O’Donovan Rossa and several others were released from prison but forbidden from returning to Britain until their original sentences would have finished. O’Donovan Rossa would never again live in his native Ireland, but continued his involvement in Irish republican circles for the rest of his life, with his activities ranging from setting up the United Irishman newspaper to fundraising for a bombing campaign in Britain. On his death in 1915, his graveside oration (delivered by Pearse) was a key point in the lead-up to the 1916 Easter Rising. Nowhere is O’Donovan Rossa’s memory more alive than in his native Skibbereen, where the local GAA club and park are named for him. 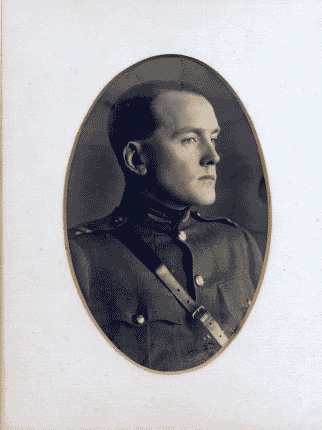 Born in 1891 in Coolnagarrane in the Skibbereen parish, Gearóid O’Sullivan was a member of the IRB, the Volunteers, the Gaelic League and was an Irish teacher at Kildorrery National School and Coolbeg College. O’Sullivan was the second cousin of the famous Michael Collins, and with many republican leaders arrested in the German Plot in 1918, his cousin summoned him to Dublin and made him an Adjutant-General in the Volunteers. O’Sullivan is most famous for his momentous hoisting of the Irish tricolour on the roof of the GPO during the 1916 Rising. Fr Patrick Doyle (who knew him when he taught Irish at Coolbeg), however, recounted a more lighthearted tale O’Sullivan had told him of his role in the Rising. As Doyle would later tell the Bureau of Military History, O’Sullivan was charged with the transportation of most of the Volunteers’ ammunition supply from Liberty Hall to the GPO. To accomplish this, O’Sullivan used a cab and piled its interior full of ammunition, even stacking some on the roof. O’Sullivan and the ammunition arrived at the GPO just in time to witness Joseph Plunkett lead the charge to capture the building. Right on cue, the overloaded cab floor gave way and scattered the precious ammunition along O’Connell Street. O’Sullivan survived the War of Independence and Civil War, becoming a barrister and being elected five times to Dáil Éireann. He married Maud Kiernan, sister to Michael Collins’ fiancée, Kitty Kiernan, and is remembered with a stone plaque on the Skibbereen Town Hall wall. 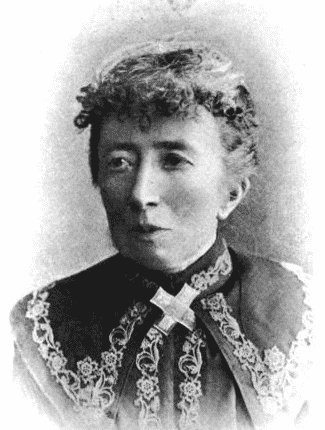 Agnes Mary Clerke was born in Skibbereen in 1842. Homeschooled by educated parents, Clerke was taught Latin, Greek, mathematics and astronomy. It was the latter in which she would particularly excel. Settling in London, Clerke was a regular contributor to the Edinburgh Review, writing about the history of science (particularly astronomy). Clerke wrote seven books on astronomy on such complex topics as the structure of the universe and theories of its evolution. Clerke’s works were particularly remarkable for their inclusion of rare photographs of space and celestial bodies (obtained from her wide network of international correspondents in the field of astrophotography), as well as her talent for writing in simple language accessible to the ordinary reader that did not oversimplify the complex ideas. Clerke wanted to make astronomy more accessible to the average person, and was awarded the Actonian Prize for her excellent science writing. Clerke was an honorary member of the Royal Astronomical Society, and there is a crater on the moon named in her honour near the landing site of Apollo 12.

Born in Skibbereen in 1883, Percy Ludgate is known for designing the second ever general-purpose program-controlled computer. The first design was by Charles Babbage, and while Ludgate was familiar with some of Babbage’s work, the majority of his design was entirely original and his work on program control even superseded Babbage’s. Ludgate’s envisioned machine could multiply two twenty-decimal digit numbers in a mere six seconds, and unlike Babbage’s Machine (which would have been significantly bigger), Ludgate’s was designed to be portable. Little known during his life, although highly respected by his colleagues, Ludgate published only one paper on his machine in the Scientific Proceedings of the Royal Dublin Society in April 1909, and never actually built it, dyinging in 1922 at only 39, of pneumonia. Incredibly, Ludgate was not a full-time scientist or researcher, but seemingly an accountant who took up computer design in his spare time as a hobby. Ludgate’s legacy lives on today in Skibbereen, with the Ludgate Hub in the town named for him. 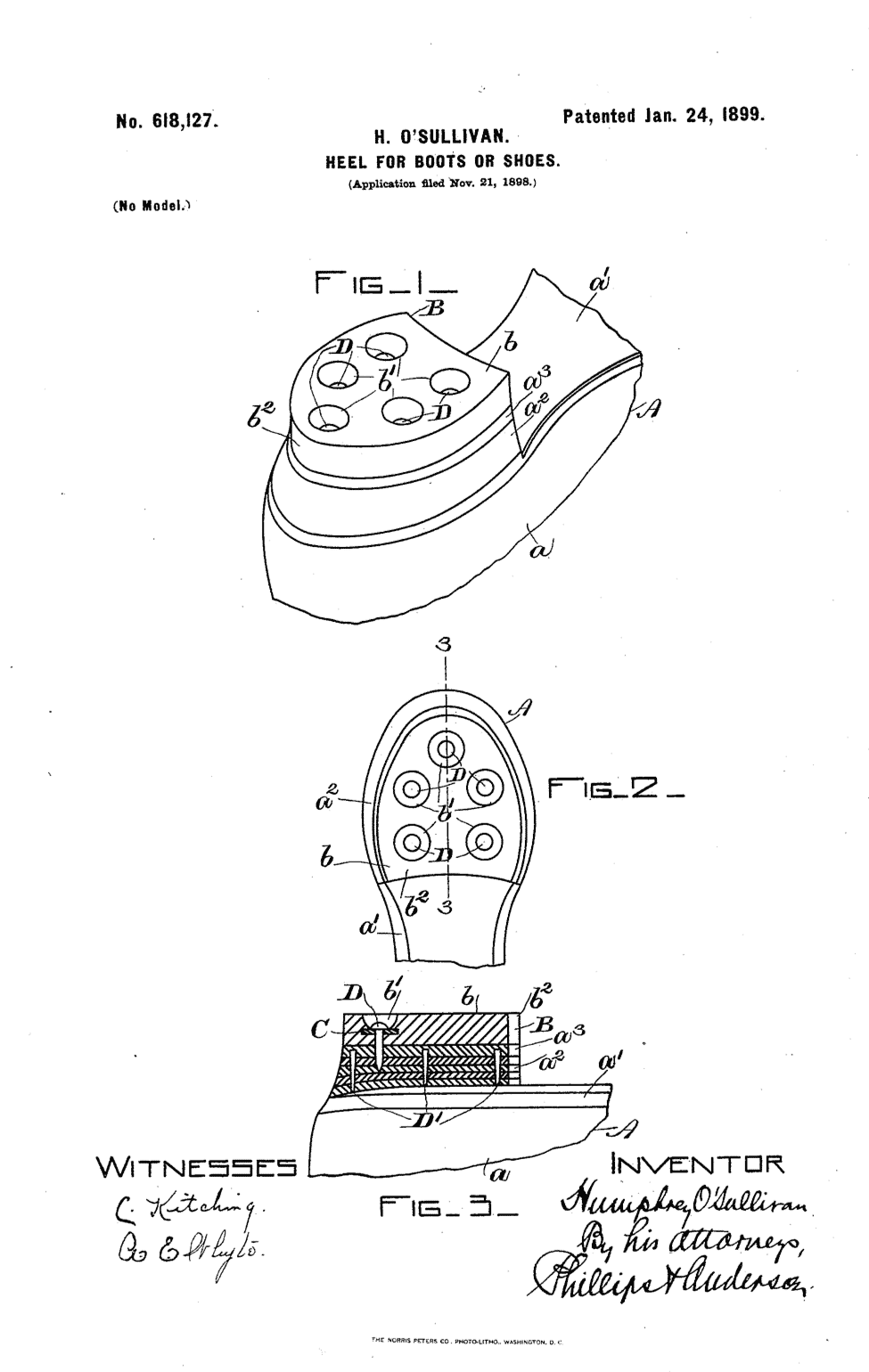 Born in Skibbereen in 1853, Humphrey O’Sullivan emigrated to Massachusetts, USA after six years of work in the Cork printing trade. O’Sullivan continued to work in the printing trade in Massachusetts for three years, before going to work with his brother at his retail shoe store. As legend has it, O’Sullivan invented the rubber shoe sole when, working as a press-man printing local newspapers, his co-workers continuously stole the rubber mat he used on the stone floor of the printers to ease his leg fatigue from working long hours. In irritation, O’Sullivan cut out two pieces from his often-stolen mat and nailed them to his shoes. To his shock, this turned out to be a much more comfortable and efficient solution to his leg pain. Within a few years this invention was sold all over the USA, and was known as ‘America’s No. 1 Heel’.

Skibbereen’s Hidden Walks
We use cookies to ensure that we give you the best experience on our website. If you don't want your cookies collected click No thank you.OkNo thank youRead more
Scroll to top